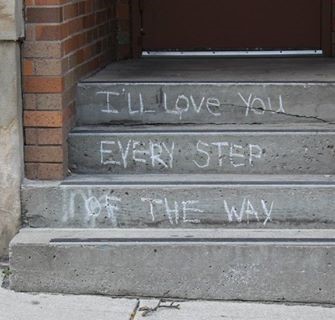 Well done, Beloveds!  The first response to my latest blog, published on February 16th, was a phone call from my dinner companion whom I wrote about previously, and she pointed out what she perceived as a major discrepancy in my recent article:  “You used a gender comment at the beginning of the blog post, referencing your right to change your mind because you are female, and then you go on to comment on how human beings have been conditioned to our gender beliefs and that we need to re-think our beliefs.”  She asked for clarity.

So thanks for asking, Little Moon!  Here is my reply:

Gender-based beliefs, also known as stereotypes, do have their uses and the statement that I am allowed to change my mind “because I am female”, was made to underline the perfidity of that and similar gender-based beliefs.  In other words, it was an arrow shot out of my bow with the intention of pricking a soft spot, and it did!  Of course anyone can and should change their minds, and I want all Beloveds to change their minds on everything.  I want you to question everything you have ever believed about anything and see if it is really true for you and if you still need to believe it.

Start with all the gender type-casting beliefs that you have ever held.  Anything that tells you that a male or female identity qualifies the owner with specific (of species) traits or aspects, that the other gender does or does not have, and which specially (as in of the species) qualifies one or the other to have a leg up on survival, so to speak.  Don’t just think your ideas.  Actually get still and be quiet, do your mindfulness breathing, ask your inner wisdom, and listen.  If you are unable to come up with some gender notions to question that is indeed AWESOME!  And I am not going to suggest any gender notions to be questioned, for the exact reason I am attempting to get across to you this uber important, ultimate, paramount fact:  You know the answers!  You are the Wise One.  Trust your innate wisdom on this!

However, should a gender notion come up for you, and then you go inside to question its validity, trust that this is a belief you hold, and that it is true for you, the every day, ego-self you. Your nervous system holds on to the belief in order to keep you safe.  If you state the belief when you go inside, and then feel a signal in your body of discomfort, or what I like to call “yuck”, that’s a signal that you are holding onto an idea that may not be serving you any more.  It is a ‘true’ belief for you.  But, don’t confuse that with The Truth, because it’s not.

The real Truth is that a gender designation is not who You true-ly are, and does not define or limit you unless you allow it to, which is fine, if it’s serving to keep you secure and protected.  But if it no longer serves you as a belief, especially if it is particularly uncomfortable when you run it by your internal “Yum-Yucker”, then it can be changed, altered, replaced or discarded if you choose.   If it’s a thought about the way you see the world and you are not finding it useful anymore, if it is interfering with your comfort, then simply thank the energy for being there for you for all these years,  and then tell it “You can go. I don’t need you anymore, right now.”  Try not to conceptualize anything, just keep noticing the feeling in your body as you have this conversation with your own energies.

There’s a simple analogy I can share with you, not related to gender issues because you’re on your own for questioning these and all beliefs that you might like to put under the Mindful Microscope. But for an an example that might help to clarify, as I have been asked to do, please catch my next blog.

For now, suffice it to say, that dialoguing with your own energetic Inner Self, your Innocent Inner Child, will allow you to eliminate these conditioned, self-limiting, sometimes downright insidious, beliefs from your nervous system.  If the belief is “Yucky”, it no longer serves you, though have no doubt that it once did or it would not be there.  But “yucky” is not who you are.   I cannot  underline enough the importance of first acknowledging the ideas and appreciating them for once being useful to your energy system, even if it was in a past life or what is very common, an inherited belief from ancestors, especially through your parents. Then, once you have done this, if the notions are no longer serving You— the boss of your own energy — the system is so smart, it will just let the ‘yucks’ go in a brilliant example of cosmic conservation.

Just try it!  And remember, if you would like more clarification using an analogous example of how our beliefs can  influence us and how by changing them, we change our whole world—or if you would just like to read an interesting personal